Britcar is an endurance sport car-racing and touring-car racing series in the United Kingdom.

It was formed in 1997 and run by James Tucker before being sold to Hedley Cowell Events Ltd at the end of the 2015 season.

For 2020 the series was invited to support the FIA World Endurance Championship races at Spa-Francorchamps and Silverstone.

The Britcar brand is very well-known in the UK and runs with two separate championships to suit different types of cars. Firstly, the GT series, which include cars like Ferraris, Porsche Cup, Marcos, Moslers and Ginettas. These are, typically, long-distance races normally 2-4 hours long with a compulsory pit stop. Normally, cars will have 2-3 drivers but cars are sometimes driven by one driver and are given a longer time in the pits.

Secondly, the Production series which include cars like Renault Clio Cup, Seat León Supercopa, VW Golf, Porsche Boxster, BMW M3s, Lotus Elise and Mini Cooper S. These races are typically 90 minutes long and feature a mandatory pit stop. There can be up to two drivers per car. 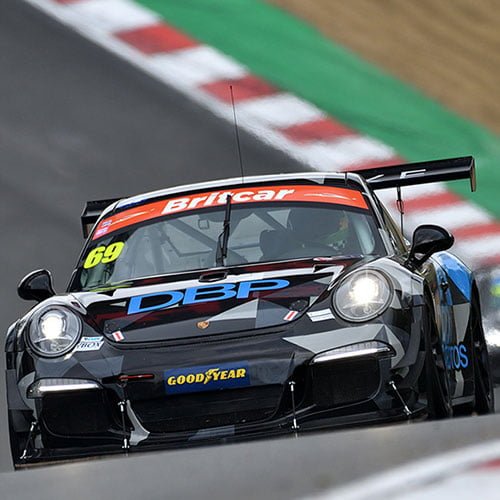 The website had been built a long time ago and the original developer was no longer supporting the site. Data entry was completely manual which meant updates were performed by the Britcar team editing databases which was hugely time-consuming and, naturally, liable to input mistakes.

The site looked dated and there was no easy way to make improvements as it was hard-coded without any form of graphical user interface. The Britcar staff had no specialist knowledge to make the site better.

Our focus was on improving processes so the staff could keep the site updated more easily. Much of the data was managed using Excel and spreadsheets so we developed a system to synchronise the website with external spreadsheets. This allowed staff to continue with their existing processes/way of working and letting the new website system use that data to populate the site.

The Drivers and Cars library provides a complete catalogue of previous competitors and this has been automated to allow the staff to manage this via a spreadsheet. The website takes this information and translates this into populating the site.

We also automated the events section of the website using file-sharing solutions such as Dropbox and Google Drive. Staff can simply add documents into folders on their PCs and the website automatically displays this information in an easy format for competitors. After each event the next ‘upcoming’ event is displayed automatically for the competitors to find the information they are looking for. Galleries were done in a similar fashion, allowing staff to simply add to a folder and the website taking this data and displaying it in a friendly format.

All of this helps the Britcar team to work efficiently in ways they are familar in, whilst allowing the website to use this data to keep updated automatically.